Here are some side-by-side comparisons of the 2018 theory11 Artisan White counterfeit deck. Many thanks to Jonathan Bayme for letting us know this deck is counterfeit.

These cards have some type of coating that makes the cards almost adhere to anything they touch. It would be a very difficult deck to shuffle and deal.

The front of the deck has WHITE on a Black deck (upper left corner). The white behind ARTISAN and THE GUILD OF ARTISANS / THEORY ELEVEN / THE U.S. PLAYING CARD CO. in the logo is obviously not white compared to an authentic theory11 deck. The word TRADEMARK is almost illegible on the bottom of the front of the deck.

There are several obvious differences in the design on the back of the deck. The counterfeit deck is on the left and the authentic deck is on the right. 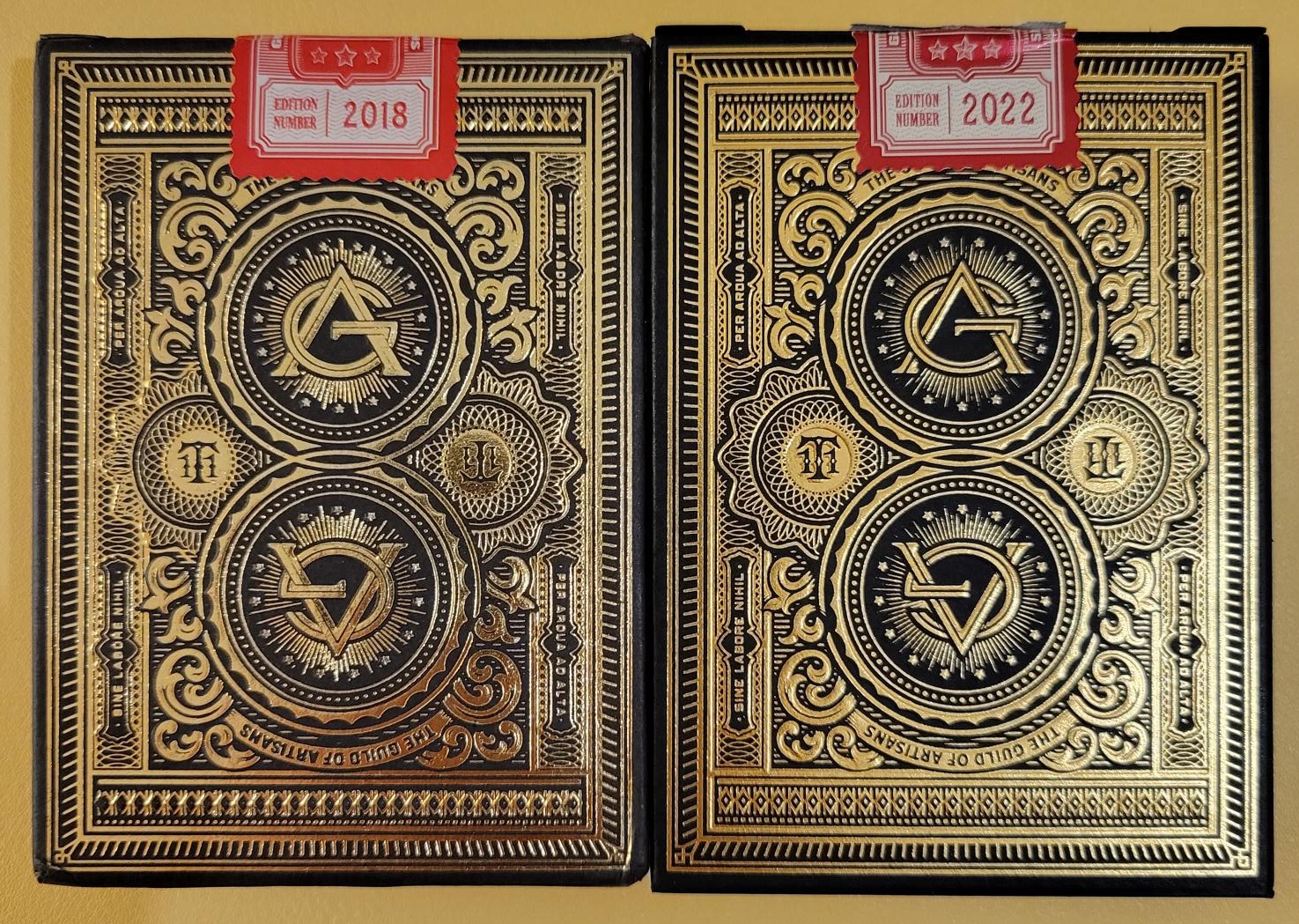 The cards are shrink-wrapped inside the counterfeit deck. 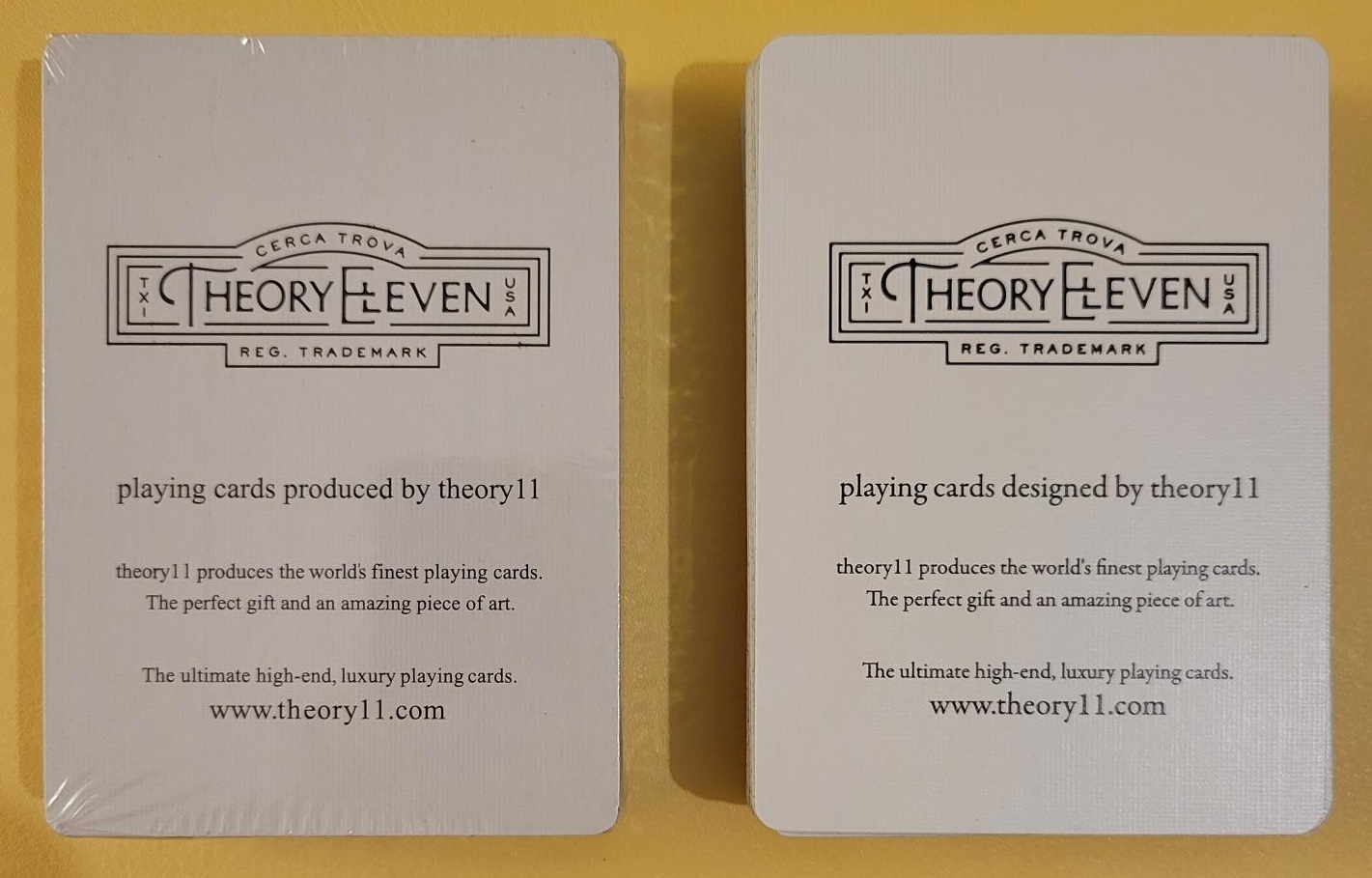 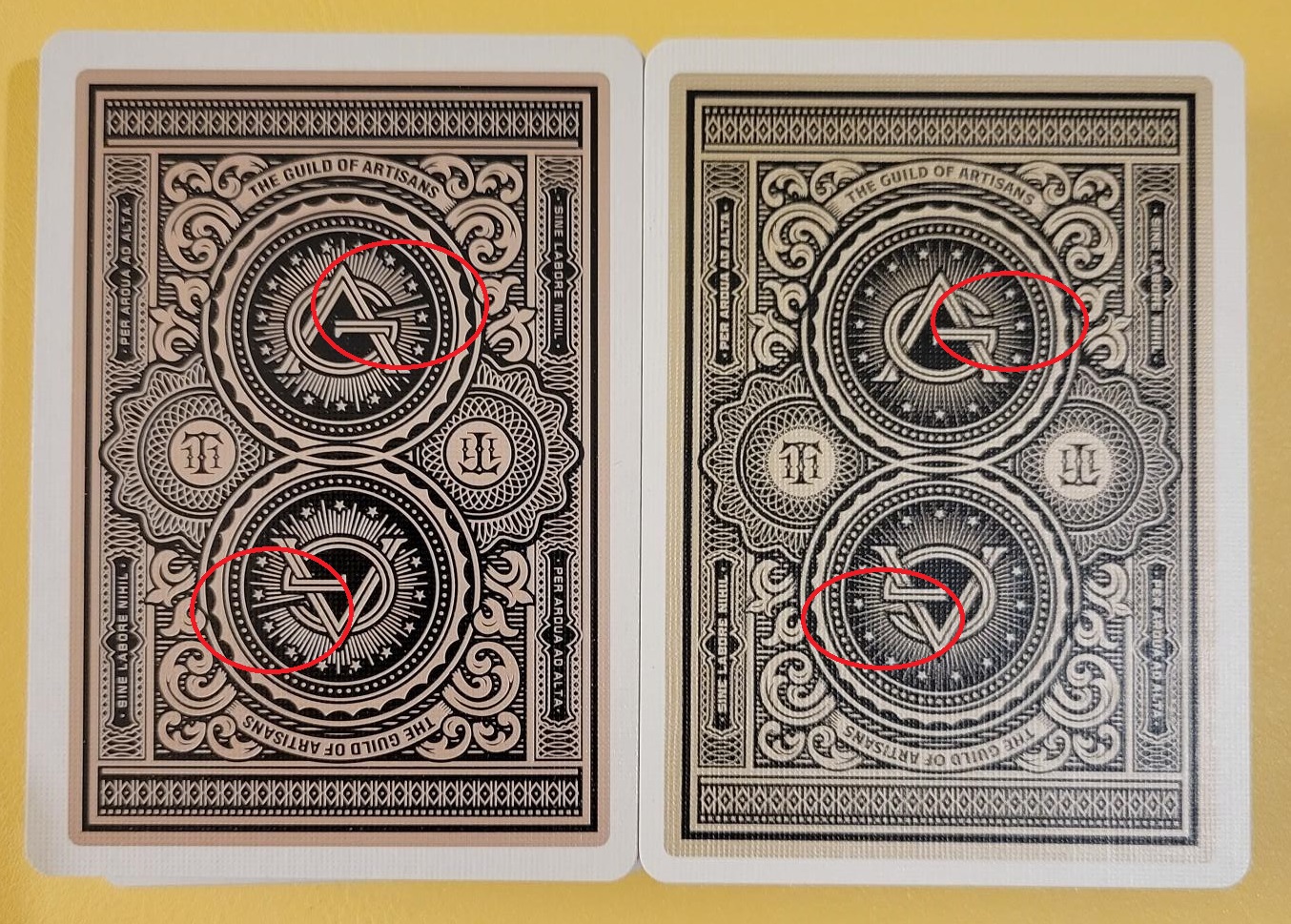 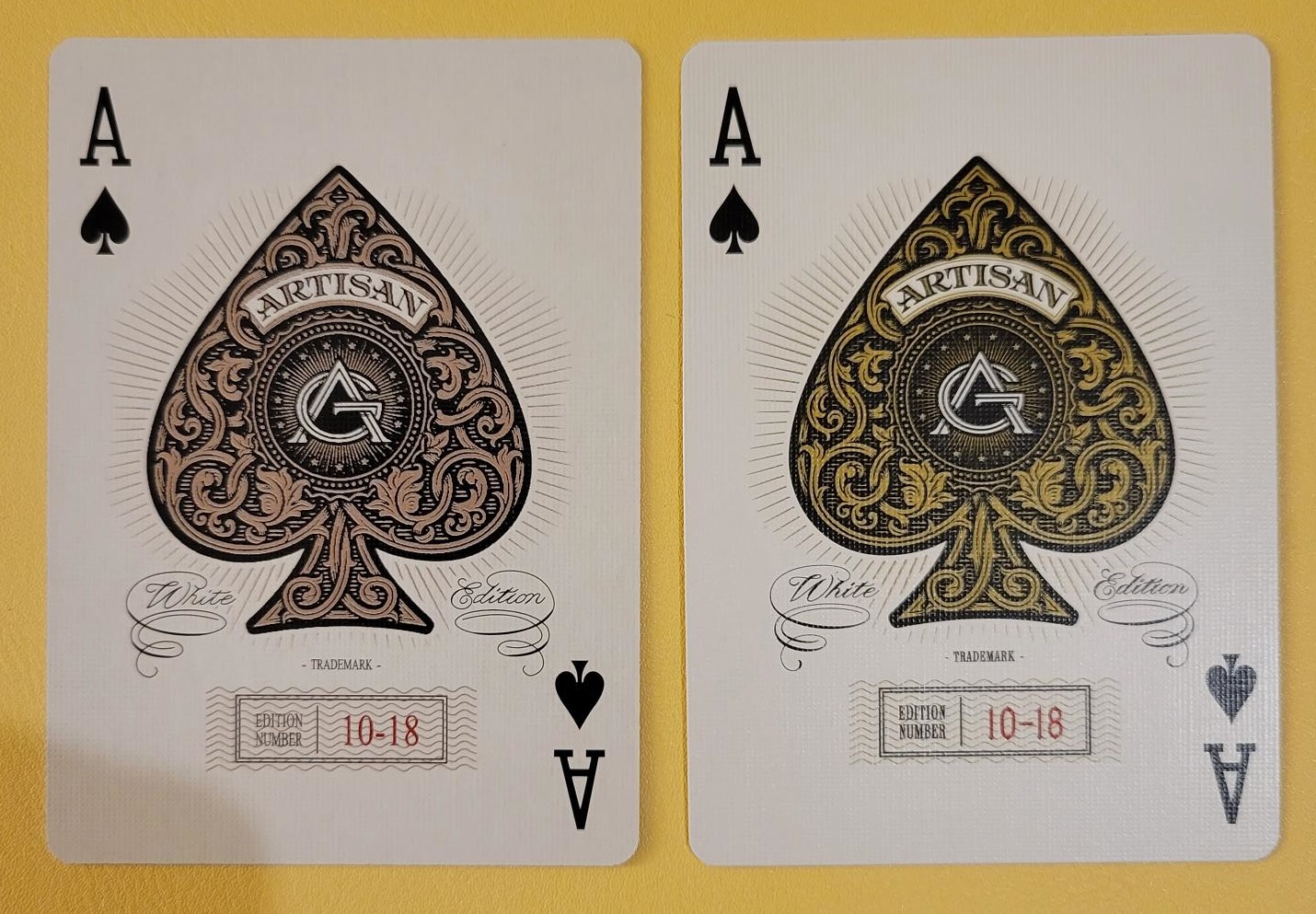