My rights or My Morals?

Honestly as far as IP issues go, there's plenty of effectively public domain stuff out there (though obviously this depends somewhat on what you want to learn). The problem is that a huge chunk of the magic community gets mad at that being exposed to. Most of the better youtube tutorial channels are pretty good about not exposing something that someone owns, but they get crapped on all the time.
Reactions: MohanaMisra
W

MohanaMisra said:
And so we return to the original topic and I guess the answer is that while it IS my right as a creator (say) to receive complete compensation for whatever moves or effects I invent, I think a bit of that can be sacrificed (voluntarily, if the creator so wishes especially) to allow magic to be more accessible, only so much so as to allow newer people to get sucked in.
(?)
Click to expand...

As I said in my previous post(s) - the creator requests some kind of compensation for their creation. The people who want it should be providing that compensation.

I use the term 'compensation' specifically. It's not necessarily money. Maybe it's time. Maybe it's promotion. Maybe it's views. Some folks will be happy to give their creations away for free and if that's the case, fine. Personally I think that's a bad idea as it sets a precedent of the price being $0 - which makes it harder for anyone trying to actually earn money all around (performers, creators, etc). It's a self-centered approach rather than a community approach. Meaning, "I'm getting what I need and forget everyone else who will now struggle as a consequence".


kthrzne said:
You're not wrong about any of that, but I think the issue she's talking about is the whole veil of secrecy that magic has and other performing arts don't. That absolutely can make it difficult, especially with a lot of magicians disparaging the more accessible methods of entry, like youtube.
Click to expand...

Yes there will always be a "black market" as long as people keep putting the value in the method. Which is stupid, because the method is only a small portion of what makes magic magical but since the vast majority of people entering the magic world today do so through YouTube, they don't learn that for a very long time.
Reactions: NinoIng, CWhite and MohanaMisra
K

WitchDocIsIn said:
Yes there will always be a "black market" as long as people keep putting the value in the method. Which is stupid, because the method is only a small portion of what makes magic magical but since the vast majority of people entering the magic world today do so through YouTube, they don't learn that for a very long time.
Click to expand...

That's sort of like saying scales are only a small portion of what makes music musical, it's true, but scales are still a major fundamental part of it.
Reactions: MohanaMisra

MohanaMisra said:
NOT talking about (say) claiming that I have invented the method for On Off by Nicholas Lawerence *BUT* what if I LEARN it from sources other than those directly sold by him (keeping in mind that he hasn't made it public domain yet), crediting him still? Is that pirating?

No, that's learning via exposure.

They have copyright but enforcing it is tricky.

"Every being in the universe knows right from wrong" -Prot 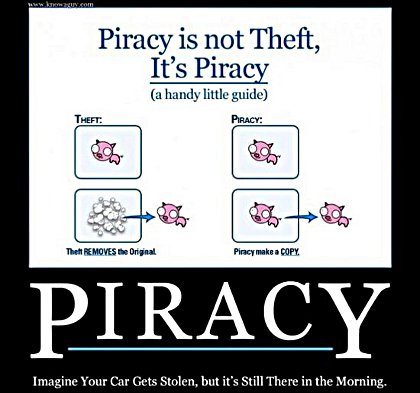 They have copyright but enforcing it is tricky.
Click to expand...

It's worth pointing out that methods generally can't be copyrighted (some can be patented but you actually have to file a patent to get that sort of protection). Books and videos do of course fall under copyright, and routines can sometimes be copyrighted, but that does get kind of tricky.
Reactions: MohanaMisra
W

Yeah. There's little to no legal recourse for protecting a magic secret and actually keeping it a secret.

Teller won his case against that European guy because Teller had registered Shadows as a melodrama, the guy was selling it and basically using Teller's name to do so, and also probably because the guy basically ran away as soon as legal trouble started so the judge just ruled in Teller's favor. Come to think of it, I don't even recall what ended up happening with that.

The average magician is probably never going to have the resources required to protect a creation that way. I don't know how involved or expensive getting a patent is, but as you say kthrzne, it requires publicly revealing the method in the documentation I believe.

kthrzne said:
but that does get kind of tricky.
Click to expand...

MohanaMisra said:
Say I REALLY wanted to watch The Prestige, to be honest, first I'd see if You Tube has that movie uploaded (101 advantages of being multilingual--- You understand dubbed movies too, heh heh). Next I'd check torrents, The very very SLIIIGHT chance that even then I can't get the movie, I'd either watch it in parts or just move on.

But at the same time, I have no animosity towards Christian Bale or Hugh Jackman, and I want them to have all the happiness and money in the world, for they are fabulous actors. Yet the fact remains that I value my money more and also, to me, they're still fabulous actors (although I have watched the movie as downloaded on You Tube) and I'll be promoting the movie for the rest of my life.

HOWEVER there's this amazing pop-singer coming up (Camila Cabello) whose work I love and if I could, I'd buy her (Or Swift's, or Gomez's, or Puth's) albums. It's only due to the sheer reality that I don't have money of my own to buy these things that I prefer to just listen to them from YT MV's, knowing that it doesn't support them as much.

But I'm totally on board with the idea of buying something just to support an artist.

DERIVING FROM THE ABOVE EXAMPLES:-

Is it ultimately a magician's (or a would-be-magician's) morals that prevent them from pirating other's work?
I'm NOT talking about (say) claiming that I have invented the method for On Off by Nicholas Lawerence *BUT* what if I LEARN it from sources other than those directly sold by him (keeping in mind that he hasn't made it public domain yet), crediting him still? Is that pirating?

In the example, I watched the movie on You Tube which prevented the actors, director, producer from making money that they deserved BUT the word spread, even if just a bit (replace The Prestige with any other recent movie).

Doesn't it end up depending on me, whether I want to support the artist or not? And can new magic learners really be blamed that much, because most people who stock up or pile up methods are teenagers, who have lots of time to invest to learn things, but not money to invest in buying things, EVEN IF THEY WANT TO?

(Imagine if I'm reduced to watching a pirated version of Xavior's pass project instead of the paid one, or MAYBE (don't kill me, haven't done that yet, lol) I learn one of TXI's sold effects through free tutorials instead from the original source, JUST BECAUSE I can't possibly pay for them (and we're ignoring sub-standard quality of the external tutorials, just like we ignore sub-standard quality of torrented material). Do I still suck?)

[REMOVED BY MODERATOR - We don't allow the promotion of piracy, magic or not, in the forums.]

Now as for magic tricks being expensive I couldn't agree more and quite frankly I think it is a bit of a joke at times, I once went to purchase a trick called Angle-Z for about $30 and realised the exact method used for the trick by watching the trailer(my review is still on ellusionist.com), so my advice to any teenager or newcomer to magic is this, buy old books(royal road, erdanase, bobo etc) and avoid the latest and greatest tricks like the plague, they are over priced and most of the time if you used your head you can figure them out(especially if you cram in the old school knowledge).

Keep off YT as to be honest it will achieve nothing, you show the new trick you just bought for views and the hopes of monetization(which is unlikely) and 9 times out of 10 the reveal vid for your new trick is the suggested video up next.

Magic is great and so are most magicians, we practice a 5000 year old art form and the secrets keep it special so it is my view that you should get your tricks and sleights from anywhere you can and spread the art and wonder through performance and as long as you keep the secret your morals and your rights will be ok.
Last edited by a moderator: Feb 26, 2020
You must log in or register to reply here.
Share:
Facebook Twitter Reddit Pinterest Tumblr WhatsApp Email Share Link
Top Bottom
Searching...
{[{ searchResultsCount }]} Results