Without a doubt, the new version of the Cherry Casino Playing Cards (Tahoe Blue) is one of my favourite decks in recent times. It's just so versatile and practical, ideal for card magic and playing card games, while also adding an immediate touch of style and class courtesy of the bold metallic ink that is used for the signature "tahoe blue" colour on the tuck case, and all the maroon colours that substitute for the traditional garish red.

Created under the Pure Imagination label, designer Sam Devins has teamed up with Derek McKee to produce something truly special. 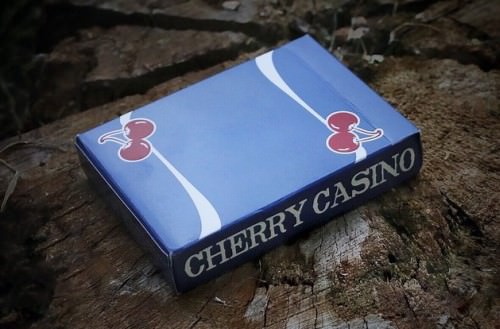 The concept of a Cherry Casino deck is at this point hardly new, and most playing card connoisseurs will already be familiar with several versions of decks with this name that have preceded the Tahoe Blue edition. The original aqua coloured Cherry deck was published in 2015, and several versions followed in successive years, including one in black. As evidenced by the Cherry Casino name, the idea behind the decks in this series is to draw on the image of an old time casino, hence the classic cherry artwork that is familiar from slot machines, an iconic symbol of gambling.

But now with this latest deck, the casino has moved to Lake Tahoe, one of the clearest and deepest lakes in the United States. That's what accounts for the classic cherry being set against the background of an inviting pearlescent blue, presented in a metallic ink, and creating a colour that you can easily immerse yourself in - just like the famous lake. 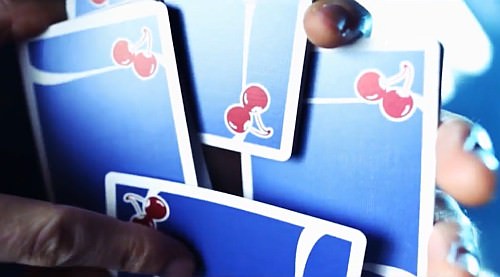 The tuck box is a very simple design, with the words Cherry Casino emblazoned on the sides. But it's precisely the simplicity that emphasizes the metallic inks used for the blue and maroon colours, and ensures that the design is memorable and eye-catching. An enticing metallic look makes an instant statement of class that sets this deck apart from the competition, and it has a magnetic quality about it that made me an instant fan. 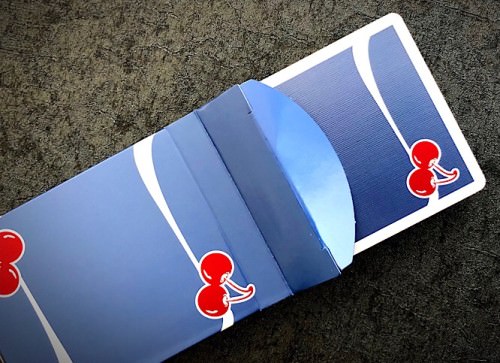 The card backs feature the same design, although naturally with the expected white borders. Especially satisfying is the fact that the publishers haven't skimped on quality, because the metallic look is present on each and every card. It's not too strong, and yet when it catches the light, it's obvious enough to make it stand out very pleasantly and alluringly.

As for the card faces, these have the traditional look that casino use demands, making them immediately at home with other card games or card magic. But there are subtle changes, mainly in the colour palette, with the usual garish red replaced with a more muted maroon - again with a pleasant metallic look. 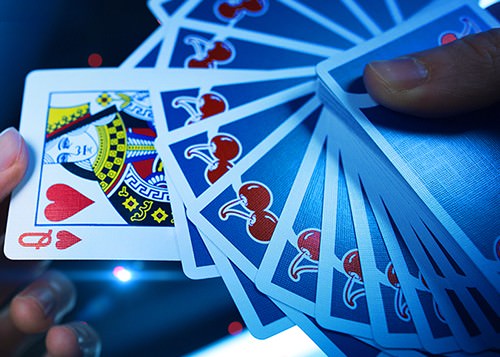 The other colours are as normal, although the blue is more muted, to fit better with the lake inspired colour of the card backs.

For the rest the customization is as expected for a very practical deck, with an oversized pip on the signature Ace of Spades reminding us of the Cherry Casino brand. 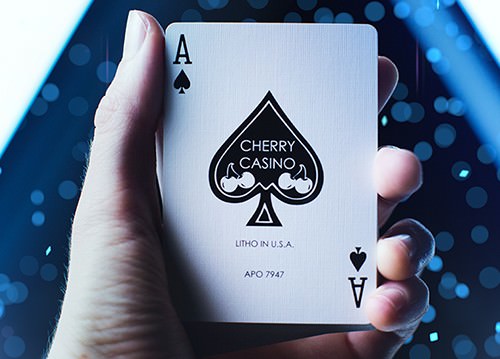 And of course we have two custom Jokers, featuring two luscious metallic cherries, compliments of East Las Vegas Nevada, with the word "Jackpot" functioning as an appropriately thematic substitute for the word "Joker".

In addition there are two gaffs, a double backer and a blank card. 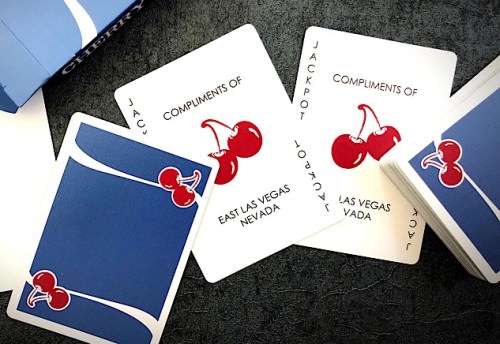 The cards themselves have been printed by USPCC, although a thin crushed stock has been used for pleasant handling. But as you'd expect from a USPCC produced deck, the quality is second to none, and cards are a delight to dribble, fan, spread, and shuffle.

For the cardist and the magician, the Tahoe Blue version of the Cherry Casino deck will a very flexible, practical, and welcome addition to the collection. This is a stylish and high quality deck that will readily be at home almost anywhere. 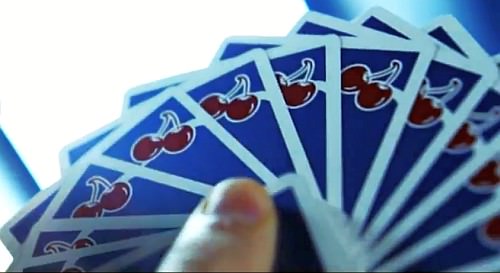 JosephineFranco said:
They look beautiful, but I doubt they can be used anywhere except in magic and children's ceremonies with cards. There are 54 of them!
Click to expand...

Why do you say that? They're quite fine for playing card games as well. They also work well for cardistry.

Are you thinking of a different deck perhaps? I love the Cherry Casino decks, and find them very practical for a variety of reasons, especially because the faces are basically standard.

Funny seeing this thread pop up after 4 years since the original post, as I just received a couple of these decks yesterday. The simplistic but classy design of these cards are amazing. They are perfect for bringing some style to your cards but not have them look too custom which might invite speculation to the authenticity of the cards (i.e. those must be trick cards). Not sure why this post is randomly getting criticized but these cards are great for all variety whether that be magic, cardistry, or gameplay.
Reactions: EndersGame
You must log in or register to reply here.
Share:
Facebook Twitter Reddit Pinterest Tumblr WhatsApp Email Share Link
Top Bottom
Searching...
{[{ searchResultsCount }]} Results