Review: The Prophecy by Roberto Giobbi

The Prophecy by Roberto Giobbi

Roberto Giobbi is a master when it comes to the construction of card magic. Not only is he the author of today's Bible of card magic, Card College, but he's also a highly renowned teacher who is known for his ability to give close attention to all aspects of a magic performance. When he puts something out, it's worth looking at closely. Prophecy is a trick Giobbi released together with Penguin Magic towards the end of 2021, and it is a true gem.

Here's what Roberto himself says about it: "This has been the Finale of my Close-up Shows, and my Encore for Stage, for several years now. It is one of the three best tricks I've ever come up with in my professional career of 33 years, and I'm releasing it now for the very first time with all the details that make this a miracle for any lay audience - and I've fooled some of the smartest and most knowledgeable magical minds with it in my performances at seminars and magic conventions around the world."

This isn't just another magic trick, destined to collect dust at the bottom of your magic draw. Even if you're paying for it with your hard-earned money, this can be considered a gift from one of the world's most respected figures in card magic. Giobbi has been fine-tuning this piece for years. And not only do you get everything you need to perform this miracle yourself, but you also get the opportunity to learn from one of the very best that there is, not merely how to do this trick, but much more about thinking and performance which will benefit the rest of your magic as well.

As the name suggests, The Prophecy is a prediction. The ad copy summarizes the basic effect like this: "The magician shows their audience a wallet. It's opened, and emptied. It contains a single envelope and nothing else. The envelope is placed back inside the wallet, and then the wallet is handed to the spectator for safekeeping. Then the audience freely selects a card from an imaginary deck. The spectator opens the wallet, and the magician opens the envelope. Inside is the exact prediction of what the audience chose."

Giobbi himself points out that you can even give away the card and envelope to your spectator: "At the end he can take the envelope home, with the performer's business card, whom he may call, just in case he cannot sleep ... This is what is left in the spectator's `communicative memory' and what he will be telling everyone for the rest of his life."

To whet your appetite, see the official video trailer here: 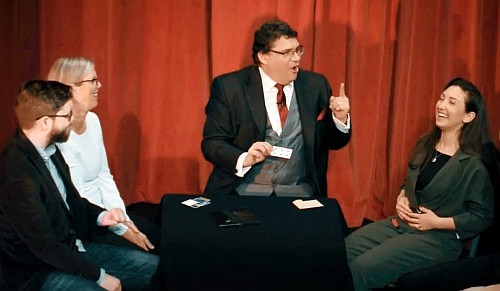 With The Prophecy you get several things:

● Wallet: The real highlight here is the lovely Himber Wallet that is provided as part of this trick. It's in the older style of Himber Wallet, so it includes a clasp, making it look quite distinguished.

● Other props: Besides the wallet you get the other props you need, which include some standard coin envelopes, and some Bicycle quality cards, and one or two other essentials.

● Instructional video: Also included is access to an online tutorial video, which explains everything you need to know about the method and performing The Prophecy.

● Bonus routines: Finally, there's a bonus PDF with a couple of alternate handlings and presentational ideas, one called "Who Believes in Clairvoyance?" and the other called "The Seven Chairs". 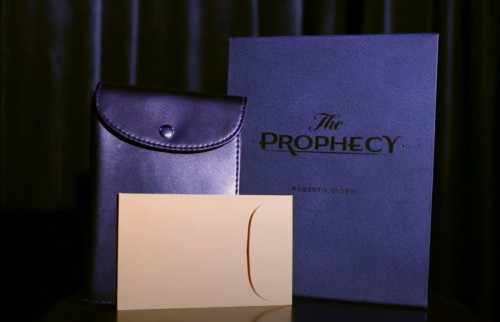 Of everything you receive with this trick, the real prize is the wallet. As the promotional materials describe it: "In addition to an incredible instructional video from Roberto Giobbi, you receive the Prophecy wallet. This genuine leather wallet is beautifully constructed and allows you to perform incredibly strong magic."

It's true that wallets are becoming less commonly used by laymen nowadays, but you can pass this off as a passport wallet, or something to protect important documents. The point is that because it's closed and in your spectator's pocket, there's no way you can do any quick switches, so as a prop it has functional importance. This adds conviction and impossibility to the effect in the mind of the spectator, while of course for you as magician it provides part of the method.

A good quality Himber Wallet is not cheap, and I imagine that a large part of the price you're paying goes toward covering the cost of including this wallet. The nice thing about the wallet is that it is a very versatile prop, so you can use it for other tricks that require a Himber Wallet as well. 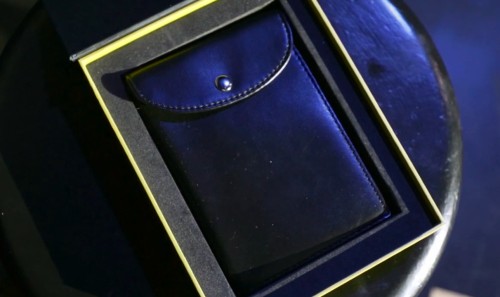 The instructional video for The Prophecy can be downloaded or streamed online. It was created by Penguin Magic, so it has good quality visuals and sound, and is well produced. It runs for a little over 50 minutes, with Penguin's Nick Locapo taking up the first 10 minutes to show us the wallet and the basic mechanics of how the trick works. The next 40 minutes features Roberto Giobbi himself, first with a full live performance with spectators, and then over half an hour of explanation.

If you've ever watched any of Roberto Giobbi's video tutorials, you'll know how he pays attention to every single detail in the construction of an effect, and thinks of absolutely everything. What's more, he constantly provides all kinds of wisdom and advice that you can use for all of your magic. This instructional video is no exception, and it can rightly be described as "a master class in magic performance." The guys at Penguin recommend that you take notes when watching the video, and I can see why. There's a rich amount of valuable thinking that Giobbi shares throughout about how to become a better magician.

I'm a long-time fan of Giobbi's clear and logical thinking about magic, his careful explanations, and his all-round love for the art of magic, and all of that is on display here. As always, he is also meticulous in his crediting, and acknowledges the likes of Alan Jackson and Kenton Knepper in inspiring aspects of this routine. There's a great deal to like here. 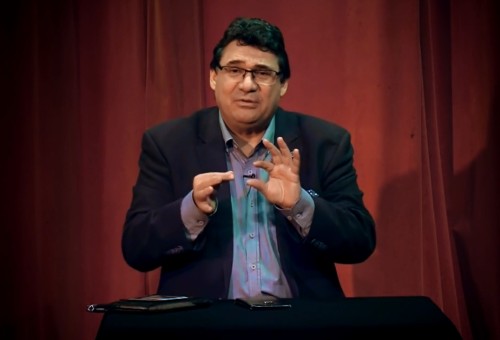 Is it difficult to perform? Not really. The method doesn't require much in the way of sleight of hand at all, although if you want to be able to give away an empty envelope at the end to your spectator at the end you will require some experience. But more importantly, you will have to be mentally agile in how you manage things, especially the "off by one" principle, and that's where Giobbi's wealth of experience comes in. This isn't something designed to satisfy newbies looking for a quick trick, but will especially benefit working performers who want quality, want to amaze, and are willing to give attention to detail.

As is typical for most magic publishers, Penguin does hype this trick, billing it as follows: "Perfect for close-up, parlor, and stage, this effect will deliver some of the strongest reactions you've ever gotten." But in this case the lavish praise is not undeserved. This really is the complete package, and there's little to disappoint here.

First of all, you get a very solid trick, with great presentational possibilities. The idea of a thought-of card appearing in a wallet in your spectator's pocket is quite astounding. Intrigue is immediately aroused by saying: "I have the answer to a question inside this envelope, but the question has not yet been asked". Giving the wallet up front to your spectator to hold on to also strengthens the impossibility. Having your spectator shuffle an imaginary deck also makes for some fun byplay, as those familiar with the invisible deck will immediately realize, but it also creates an outcome that seems all the more baffling and astounding. And despite what some might think, the method doesn't rely on multiple layers of equivoque, and aside from the colour, it really is a genuinely free choice on the part of your spectator. The "off by one" ending won't excite everyone, but when presented right it can also add more amazement. Arguably mentioning this at the outset can even strengthen the entire routine.

Secondly, you get a great prop, which has the potential for being used as a tool in the rest of your magic. Especially if you don't yet own a Himber Wallet, or have always wanted to get your hands on the older style like the one included here, this is a great opportunity.

Finally, the teaching is superb. This is much more than just an explanation of how to do this trick, but at times aspects of it become a mini-course in improving your card magic and performance. Giobbi covers all the aspects of the handling, and while equivoque isn't at the heart of the routine, there are numerous "outs" that you're working with, in order to make things seem truly impossible for your spectator, and by the time you've watched the video you'll know exactly what to do. 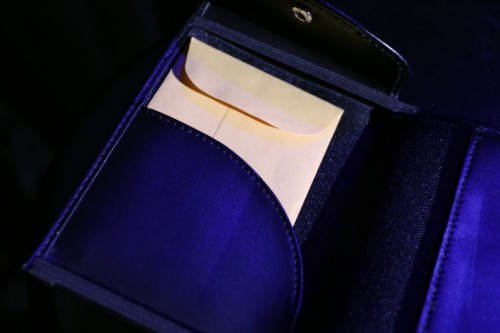 I'll admit that I'm somewhat of a Giobbi fan-boy. And I'm also a big fan of clever card magic. That makes me the ideal target market for something like The Prophecy. But I know that I'm not alone in appreciating this trick for the classy and sophisticated piece of work that it is. It can be considered an impossible trick, a versatile prop, and a mini-magic course, all wrapped into one.

The Prophecy isn't ground-breaking in the sense that it comes up with a brand new principle or something that we've never seen before. But what it does, it does superbly, because it is a highly polished work of art. I highly recommend it.

Where to get it? The Prophecy is available directly from Roberto Giobbi or from Penguin Magic. 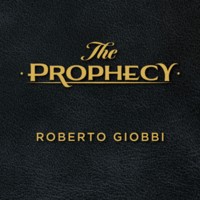